What are Low T symptoms?

Andropause is oftentimes referred to as the “male menopause,” having superficial similarities to the menopause that affects women of a certain age. Both menopause and andropause are characterized by a drop in hormone levels; estrogen in females, testosterone in males. But unlike menopause, where women see a drastic decrease in estrogen levels, the testosterone production in men decreases gradually and can span over decades. This gradual decrease can affect changes in mood and attitude, sex drive and physical endurance.

Andropause is caused by a gradual decline in testosterone production and occurs from age 40 onwards in men. Between the ages of 50 and 70, some men report symptoms such as erectile dysfunction, general tiredness, mood changes, night sweats and even palpitations. In andropausal men, night sweats and palpitations can occur as a result of an overactive autonomic system in response to falling testosterone levels. Most men attribute erectile dysfunction to be the most significant result of Andropause. Apart from erectile dysfunction, psychological changes can take place, too. Oftentimes andropausal men can suffer from nervousness, irritability and even depression.

Studies show that this decline in testosterone can put men at risk for other health problems such as heart disease and weak bones. Since all this happens at a time when many men begin to question their careers, accomplishments and overall direction in life, these factors can oftentimes be overlooked and linked to external conditions.

What are potential benefits I can expect from testosterone therapy?

What potential health risks are associated with Low T?

Low T not only affects your sexual health, but your overall health. Adequate levels of testosterone helps maintain reproductive tissues, energy levels, fat distribution, muscle mass and good bone health. Men with low T can experience bone loss because testosterone aids in the production and strengthening of bones. Older men, who have suffered from low T for years and have not undergone testosterone replacement therapy, can be at a higher risk for bone fractures, usually in the hip, feet, ribs and wrists. Men that suffer from low T can experience weight gain, which can increase the risk of diabetes and heart disease.

How do I know if my testosterone is low?

Fatigue is one of the most common symptoms associated with low T. You may feel as though you lack the energy you once had. Other symptoms can include a decrease in libido, loss of muscle mass, an increase in body fat, problems getting a good night’s sleep, decrease in bone mass and mood changes. If you are experiencing any of these symptoms, it is important you contact us to schedule an appointment with an experienced doctor in hormone replacement therapy to determine if you have low testosterone or if these symptoms are the result of another medical condition.

How do I qualify for Testosterone Replacement Therapy (TRT)?

Our experienced team of doctors and medical professionals will review your medical history and give you a brief physical exam. A simple blood test will be done in our office, which will determine your testosterone levels.

Can men be too old for Testosterone Replacement Therapy (TRT)?

There is no age limit for testosterone replacement therapy.  However, with any medical procedure, your levels will need to be checked to determine if you are a good candidate for TRT. 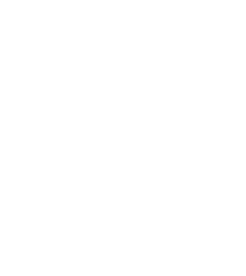 Research has shown that men with low T are more likely to experience a lack of focus, forgetfulness and an inability to pay attention. The presence of these symptoms is a potential sign of low testosterone.

Testosterone, while it drives a number of physical processes also boosts mood and mental capacity. Research has shown that men with low T are more likely to experience depression and irritability.

Testosterone is a major muscle-building hormone. When testosterone levels are low, muscle mass can deteriorate and strength levels can be compromised.

When testosterone levels are low, muscle mass can deteriorate. As a result of a loss in muscle mass, men that suffer from low T can experience weight gain, often exhibited in the stomach area.

Testosterone plays a key role in a man’s libido. Someone with low T will likely experience a drastic drop in the desire to have sex. 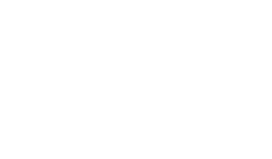 If you are experiencing a loss of interest in some of your favorite physical activities or are finding yourself tired all the time, despite getting plenty of sleep, this could be a sign of low T. This lack of energy can be accompanied by fatigue and a difficulty to perform routine tasks.

Our low T center specialists can help you find the answers you’ve been looking for and the treatments that will have you feeling better, stronger and ready to take on anything. Schedule your initial consultation today.

Our Low T Quiz will help determine if you suffer from low T and are a candidate for testosterone replacement therapy.