The Truth on the ‘Best’ Natural Testosterone Boosters 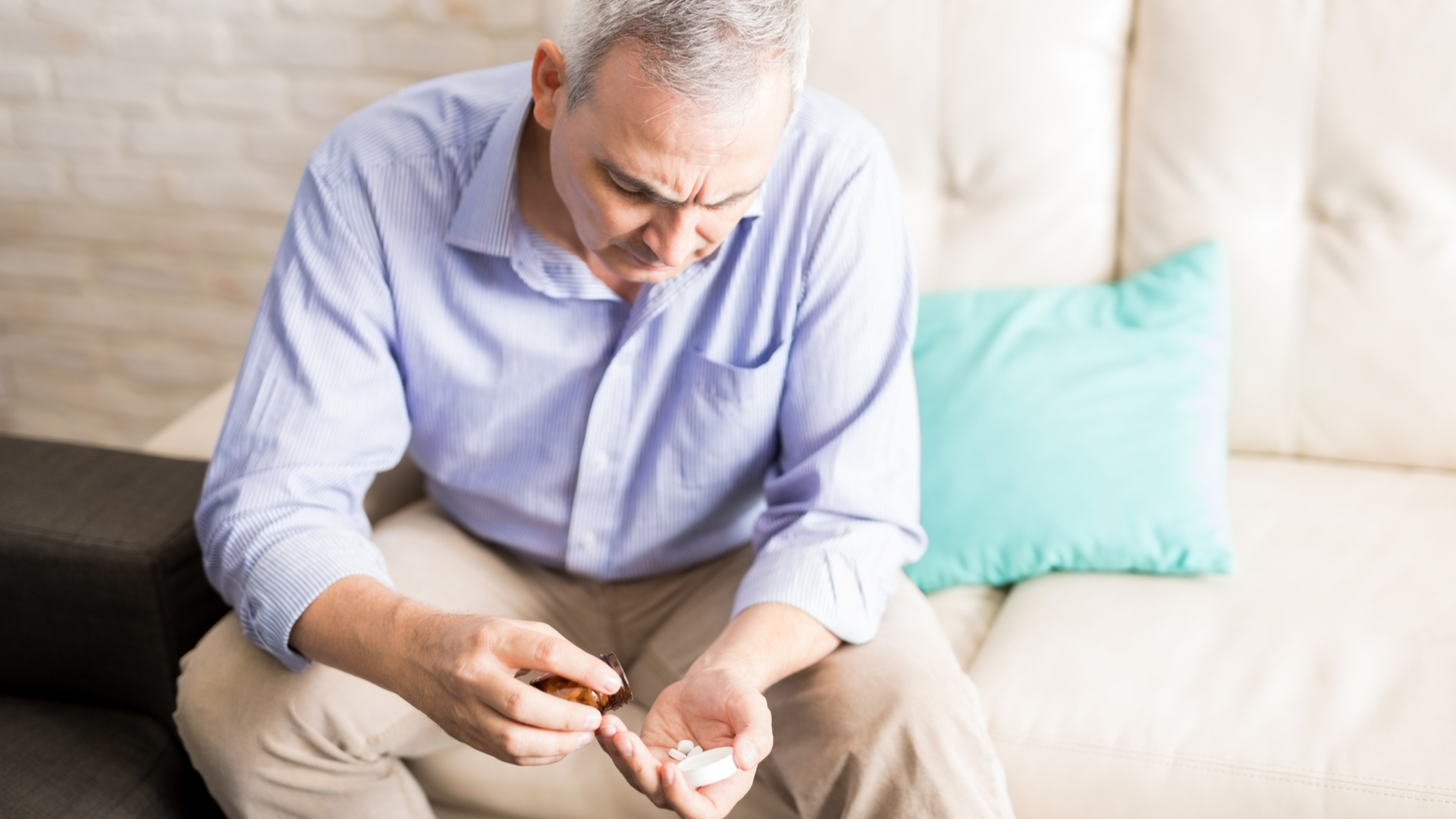 Oftentimes, we don’t give the proper attention to our health and our bodies. It’s easy to overlook symptoms or pursue the quick, easy fix whether it’s actually helpful or not. Men with low testosterone are no exception to this phenomenon.

Chalk it up to being too busy to make the doctor’s appointment, misconceptions about hormone therapy, or even embarrassment around discussing low testosterone, but no matter the reason, countless men look for the best natural testosterone boosters instead of properly addressing the issue. Don’t fall prey to the selling tactics of supplements or social media testimonials of home remedies.

But don’t just take our word for it. The internet is full of sources claiming they’ve found the “best natural testosterone boosters.” If you’ve considered trying—or, even, are in the middle of trying—to increase your T levels with one of the following natural solutions, know the science (or lack thereof) behind them.

One of the symptoms of low testosterone is a loss of lean muscle mass. Contrary to popular belief, however, weight training to build back lost muscle is not a remedy for Low T. One 2012 study, published in the European Journal of Applied Physiology, set out to determine if there was a link between resistance training and raising T.

Over 12 weeks, the research team had 56 healthy young men follow a strict workout regimen, lifting weights 5 days per week. The subjects were “recreationally active,” but had not been following a weightlifting program for up to 8 months prior to the study. The new workout program was rigorous, consisting of both upper- and lower-body exercises. At the end of the three months, as expected, lean muscle mass increased and the subjects became stronger; however, their testosterone levels did not notably increase.

Weight training is a huge component of overall fitness, but don’t put in hours at the gym because you’ve heard it’s the best natural testosterone booster.

In addition to testing the impact of a strength-training regimen, that same 2012 study also fed some of its subjects a high-protein diet to study how it would affect testosterone levels. Similarly, the researchers did not find a connection between the diet and increased T. The increased protein likely fueled increased muscle gains, but did not have a substantial impact on T levels.

If your coworker still swears by his high-protein diet as one of the best natural testosterone boosters, show him this second study from the College of New Jersey. Like the first study, this research team prescribed a diet and workout plan to a group of healthy men. This time, however, the study analyzed a set of highly active collegiate strength/power athletes.

Keto seems to be everywhere nowadays. It’s heralded as the ultimate weight-loss solution, a brain booster, and just about anything else under the sun. It’s no surprise that keto fans would ascribe testosterone-raising qualities to it as well. But are the claims that low-carbohydrate, low-calorie diets are the best natural testosterone boosters backed up by scientific data? Not at all. In fact, studies have found the opposite to be true.

As evidenced by another study published in the European Journal of Applied Physiology, there’s no need to throw out all of the pasta and bread in the pantry if you’re looking for the best natural testosterone booster. The researchers divided a group of male subjects into two groups: a first control group and a second group that severely cut their carbohydrate intake. They found that subjects in the latter group saw an increase in cortisol levels.

What’s cortisol? It’s the hormone that your body releases when it experiences stress. It plays an important role in many bodily functions, from blood sugar management to metabolism maintenance. Nonetheless, there’s certainly such a thing as too much cortisol. Increased cortisol levels result in decreased testosterone levels. If you’ve taken up a keto diet because you’ve heard, among other things, that it’s the best natural testosterone booster, you may be doing more harm than good to your T levels.

Whereas the other methods on this list have been largely based in rumor and misconceptions around testosterone, zinc is different. Zinc actually has been lauded as one of the best natural testosterone boosters around—but it’s not for everyone.

In 1996, a team from the Wayne State University School of Medicine set out to study the relationship between zinc consumption and testosterone levels, already knowing that zinc deficiency is tied to Low T. They found that, for men with zinc deficiencies, increasing their zinc intake was one of the best natural testosterone boosters they could employ. For those with healthy zinc intake, however, consuming more zinc did not correspond with increased testosterone production.

For adult men, the recommended daily zinc intake is 11 milligrams. And, for most Americans, getting enough zinc isn’t a problem. Zinc deficiency is not common in the United States. Take a look at your day-to-day diet and your zinc intake. If you’re getting enough from your food and any vitamins that you take, consuming extra zinc won’t be the natural testosterone booster you’re looking for. In fact, if you are consuming enough zinc, be careful not to consume to the point of toxicity (around 40 milligrams per day for adult men).

If you’ve looked into the best natural testosterone boosters before, you’ve likely stumbled upon this plant. Tribulus terrestris is an exotic plant used in some of the most popular over-the-counter T boosters, including Nugenix. However, unlike zinc for those with deficiencies, the data just isn’t there to support its efficacy.

A comprehensive 2014 review of data from the Department of Anti-Doping Research and Department of Endocrinology – Institute of Sports revealed a sad truth: despite the claims made by supplement sellers, tribulus terrestris has not been clinically shown to increase endogenous testosterone levels. Natural? Yes. A testosterone booster? Unfortunately, it doesn’t seem to be a very impactful one, if one at all.

For men facing low testosterone, it can be tempting to perform a quick Google search on the best natural testosterone boosters, take a chance on the scientifically unsubstantiated home remedies listed, and hope for the best.

However, no matter what your coworkers or friends say, the only scientifically backed solutions to boost testosterone are performed by medical professionals. If you’re dealing with low testosterone, don’t waste time and money on keto cookbooks and unnecessary supplements. Call a low testosterone specialist and discuss what hormone therapy can do for you.